The second Cabaret du Chat Noir was at 12 rue de Laval (today rue Victor-Massé, IX arrondissement) steps away from Place Pigalle. At the opening (1885) there was the cream of the artistic and intellectual community of the Paris of the Belle Époque, already habituée of the first cabaret, in boulevard de Rochechouart.

The place was much larger than the first and developed on two floors. The patrons were many of the most brilliant minds of their time, and everyone contributed, more or less willingly and according to their talent, to rise the quality of the experiences the cabaret could offer, starting from the exterior.

The façade was a masterpiece in his own right whose decoration, overabundant as requeste by the eclectic taste of the time, was signed by three famous artists, let’s see:

Over the entrance, well visible by passersby, a black pottery cat framed by a halo of golden rays stood as a symbol of the cabaret. The opera was signed by Alexandre Charpentier (1856-1909), sculptor and ebony artist, better known for the wonderful boiseries art nouveau he created for the inner of the most chic Parisian buildings. A majestic example of them is showed at the Musée d’Orsay. 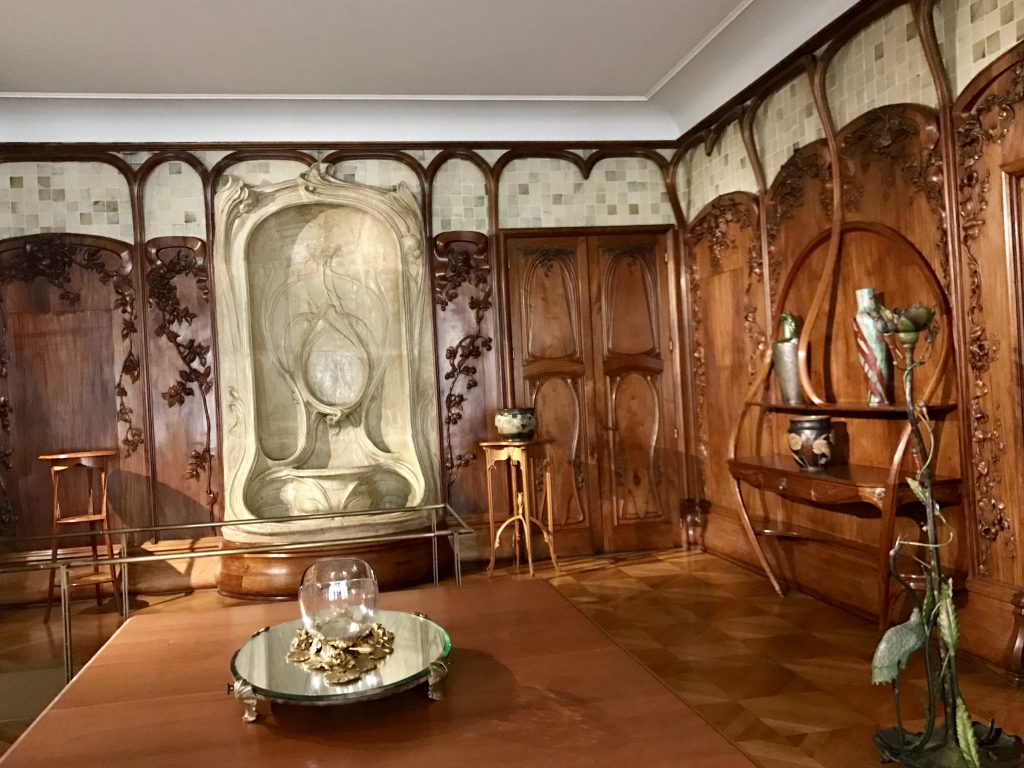 The sign with the cat and the moon was taken from the first cabaret and was signed by Adolphe Willette (1857-1926) painter, illustrator, caricaturist and lithographer, as well as the big canvas of the Parce Domine decoring the interior of the place, today kept at the Musée de Montmartre.

The Theatre of Shadows of the Chat Noir

These are just three of the many personalities participating in the life of the cabaret. Gathered in a stimulating environment, inspired by wine, they could really imagine and realize wonders. The most known was, no doubt, the adventure of the Theatre of Shadows.

On a nice sunny morning, painter Henri Rivière (1864-1951), whose Parisian landscapes are still dreamy today, suggested Rodolphe Salis (1851-1897), founder, owner, and director of the Chat Noir to add to the Chat Noir a puppet theatre.

Thanks to the help of another habitué of the place, artist Henry Somm (1844-1907), the project was changed in a Theatre of Shadows, a kind of show inspired by traditional Shadow puppets, developing and enriching the format.

The shows were staged on the cabaret’s second floor, the so-called Salle des fêtes (‘Party room’), while the ground floor was called Guard Room – clearly, Rodolphe Salis’s fantasy didn’t leave a single detail out, from the waiter’s livery to the name of the rooms. The success was immediate.

To the staging of the pièces worked various patrons of the cabaret. The writers worked on the scripts, the songwriters wrote dedicated songs, the artists painted the scenes and the silhouettes of the shadows, the composers played the musical scores – often on the piano – and so on.

At first, the shadows were made with cardboard, then they were changed into zinc silhouettes, a material that made it possible to have neater and more expressive shapes.

The staging wasn’t simple at all, see the widespread use of special effects that had to be activated just at the right moment, the wires, the very small space behind the screen, etc.

Despite this – or maybe because of these peculiarities – the Theatre of Shadows was often sold-out, so much to convince Rodolphe Salis to organize tournées. Truth be told, the cabaret’s shows were warmly welcomed even outside the Ville Lumière, up to go beyond Europe (the Chicago show remains in the annals).

Alas, it is known, success is feeble. The Chat Noir had changed the life of Montmartre and inspired the opening of many more cabarets which, in return, stole its limelight. Rodolphe Salis took the event with his usual composure and, after chopping off the cabaret’s interior, swore he’ll open a third one on the Grands Boulevards. In truth, the tournées had exhausted him, both physically and psychologically so, for the first time in his life, he lacked the strength to fulfill his idea.

Salis died in 1897 and his Chat Noir couldn’t but follow him, faithfully and in silence, leaving here and there the fragments of a legend, as stealthy as the velvety steps of a cat, made of ink, zinc, music and pottery.

«We were many when we started, the legion we were in that Chat Noir where we found so much joy and left us so many bitter memories. How many are we today, how many disappeared, Caran-d’Ache, Alexandre Charpentier, let’s not count, they’re too many…»
Théophile Steinlen
in una lettera ad Adolphe Willette
20 febbraio 1906